Android is the most popular operating system for smartphone. Today we explain about the new Android version  “OREO”.

Android is a mobile operating system developed by Google, based on a modified version of the Linux kernel and other open source software and designed primarily for touchscreen mobile devices such as smartphones and tablets.

Initially developed by Android Inc., which Google bought in 2005, Android was unveiled in 2007, with the first commercial Android device launched in September 2008. The operating system has since gone through multiple major releases, with the current version being 8.1 “Oreo”, released in December 2017

Although only 1% of the market has been able to take over OSO operating system. Smartphone companies have started the update process. So when you buy a new phone, check out which smartphones you have in the update.

Samsung’s Galaxy S8 has its own OS X operating system, the company has its own processor. The phone also has 4 GB of RAM 64 GB storage. Storage memory can increase by adding a memory card.

All the pixels of the Google pixel meet the update. Google’s latest phone, Google Pixel-to-Google Pixel 2, offers Qualcomm Snapdragon 835 processor. Dust and water will not be damaged on the phone.

In June last year, the HTC U11 phone came on the market. Updating your phone on this phone. Smartphone’s main attraction, it has eight sensors. The phone runs Qualcomm Snapdragon processor.

HTC launches in April 2016 launch. In February last year, Android nougat was updated. The company is now updating Oro to the company. The phone has a 5.2-inch QHD super display. The rear has 12-megapixel ultra camera. 5-megapixel front camera camera

The Nokia5 phone has a 5.2-inch IPS LCD display. 2 GB RAM and 16GB internal storage. There are a 13-megapixel rear camera and 8-megapixel camera. It can also get Android OS  updates.

Android OS update is available on a quad-core of Huawei and Honor series. In June last year, one of the eT Pro smartphones came to the market. You can also update the phone. The processor is the company’s own Kirin 960 There are 6 GB RAM and 128 GB internal storage.

Orao updated on the Xiaomi MI1 phone. The phone is 5.5 inches There are 4 GB RAM and 64 GB internal storage. The Qualcomm Snapdragon 63625 processor has this phone.

Nexus 5X came to market in 2015 Orio updates can found on this phone. Google’s smartphone manufacturer LG The Qualcomm Snapdragon 808 processor is on the phone. With 2 GB RAM and 32GB internal memory. The display of the phone is 5.2 inches. 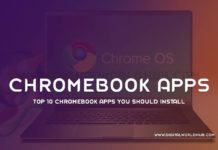 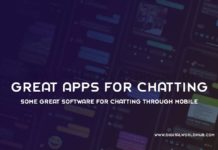 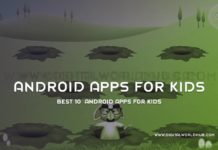